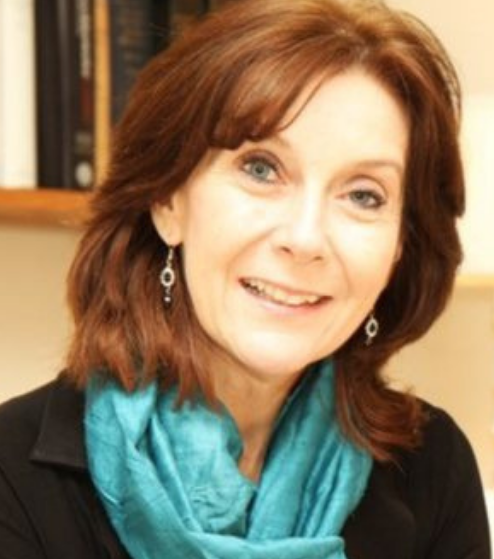 As she delivered the Cymdeithas Waldo Annual Lecture under the title ’Plentyn y Ddaear – Dychmygu Heddwch’ (Child of the Earth – Imagining Peace), at the National Library, Aberystwyth on Friday evening, 30 September, on the day Waldo was born, Mererid Hopwood insisted that Waldo, forever in his poems, urged humanity to use  one of its foremost gifts which would be its talent to imagine peace.

As she analysed the poem ‘Plentyn y Ddaear’ she referred to the use of verbs synonymous with warmongering in the opening verse. She explained how warmongers force us to behave at odds with the natural order which would be to live in harmony with the earth as the closing couplets of all three verses emphasise.

She referred to a series of other poems such as ‘Cyfeillach’, ‘Adnabod’, ‘Mewn Dau Gae’ and ‘Elw ac Awen’ which convey a similar message. She regretted the current spending of two trillion dollars on armaments and the inevitable increase. She explained the false logic of those expounding the need for spending more and more on nuclear armaments in the name of ‘National Security’ too keep us all safe. It only increases the peril of destroying the whole earth. Violence only begets more violence – and makes producers of military arms wealthy of course.

Mererid referred to Costa Rica’s decision to work in tandem with the natural world by abolishing its army. They have changed the order rather than just tinkering at the edges.  She said our laws to ban corporal punishment in schools and at home was so rational while at the same time allowing governments to constantly use the military cane was so irrational. 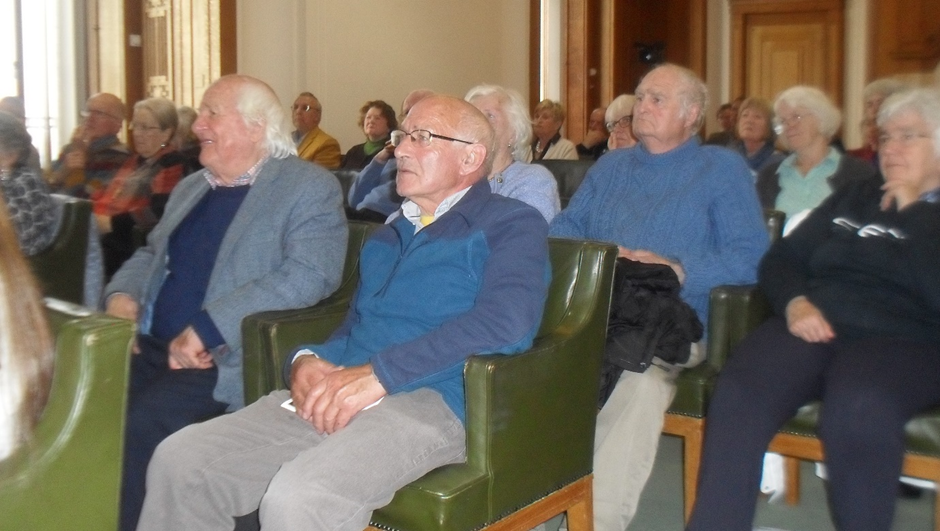 The lecturer referred to Waldo’s short story ‘Y Darlun’ (The Picture) where he describes the young boy Twmi tearing the knife from Abraham’s grasp in the picture of him in the Bible and thus accomplishing Christ’s work on his behalf according to the preacher. It appears only the innocent possess a clear vision. Apparently this was the main reason why Waldo gave the £100 given to him by the Arts Council in recognition of the volume ‘Dail Pren’ to UNESCO, to be used to establish school courses teaching peace.

Mererid tied all this with the idea of imagining peace as prompted by Waldo as this in the long run is how humanity can live in peace with the earth.  “Imagine” she said “if Boris Johnson had gone to Ukraine and offered to mediate rather than offer more arms.” Imagine again if more money was spent by governments on the humanitarian needs of other countries than on arms to keep them in their place and then publicise the fact.

We were told that a philosopher whom Waldo admired, Nikolai Berdyaev had been brought up in Kiev. He emphasised the spiritual aspect of our makeup. The lecturer believed that Waldo’s vision was for humanity to exist in tandem with the earth and nature in order to eradicate jealousy which would then lead to the demise of arms manufacturing.

We were told that pacifists in Ukraine such as Yurii Shelizhenko were of the same view. A statement was released by pacifists in Ukraine calling for respect to be given to the truth and to show equanimity before gathering around the negotiating table and then in the long run help the poor and destitute and develop a pacifist curriculum

Interestingly, we were shown a letter in the handwriting of the journalist, Gareth Jones, from Barry, referring to Waldo as a “fiery socialist, poet and idealist, long hair, unkempt”. Gareth, a former student at University College Aberystwyth, was murdered after he had reported on the Communist state sponsored famine in the Ukraine.

The lecture was organised jointly by Cymdeithas Waldo, Joseff Herman Institute and the Welsh and Celtic Studies Department, Aberystwyth University. The lecture was adapted from a lecture Mererid failed to deliver at the National Eisteddfod because of ill-health. She drew a comparison between Joseff Herman, the Jewish artist, who was a craftsman using paint and Waldo, a craftsman using words.

Much of Herman’s work, who settled in Ystradgynlais, showed people being close to each other just as in Waldo’s poem ‘Preseli’. And Mererid in turn delivered the lecture as a substitute for John Gwilym Jones who had to pull out because of a family illness. The evening was chaired by Rev Eirian Wyn Lewis, chair of Cymdeithas Waldo.

The lecture can be heard in its entirety here

On the morning of the lecture Menter Iaith Sir Benfro organised a walk from Bethel Vestry, Mynachlog-ddu to Carreg Waldo on Rhos-fach Common. The walk will become an annual event. Members of Merched y Wawr provided refreshments for the walkers. 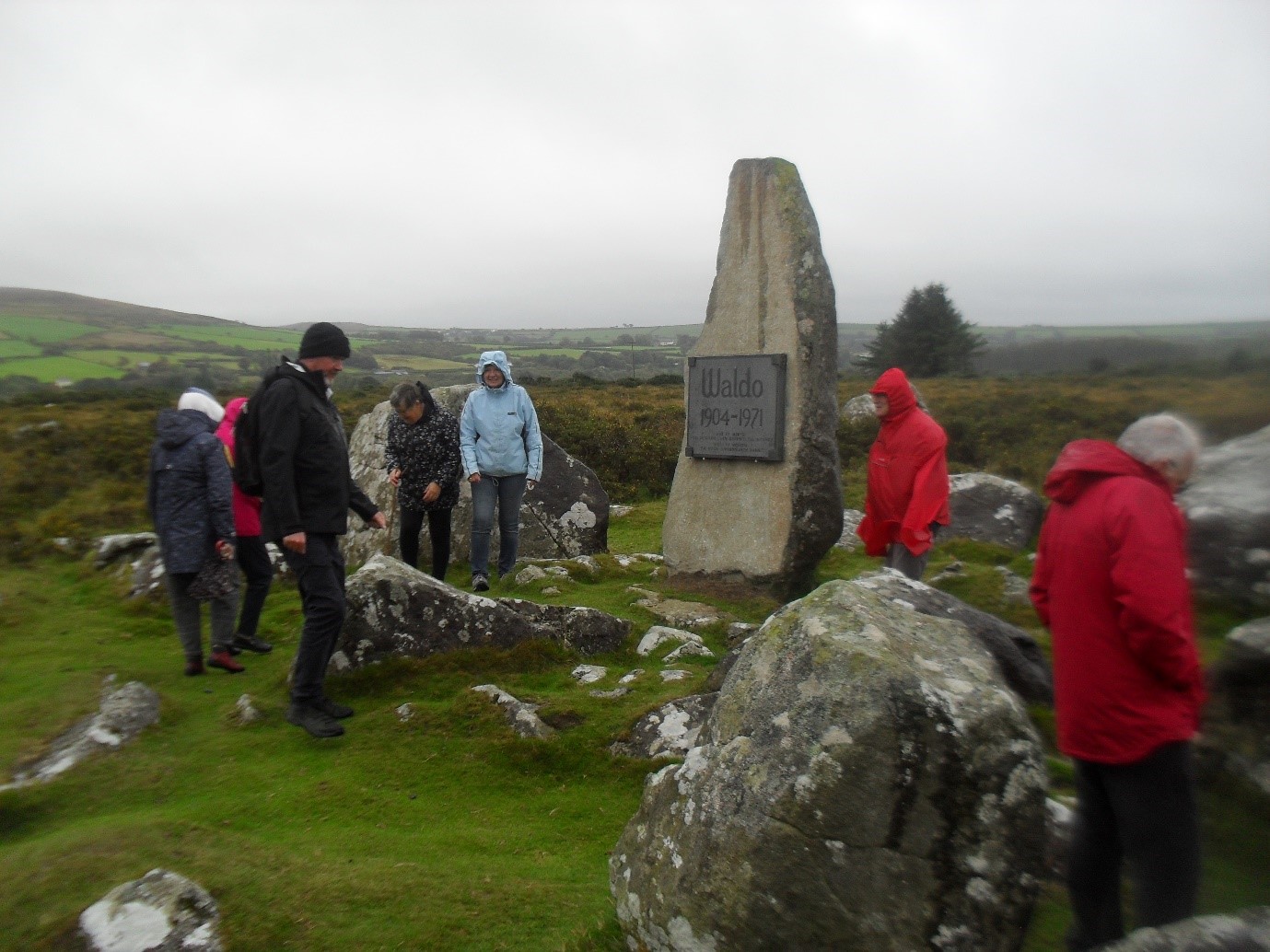 The following morning an event called Waldothon was held when twenty groups across Wales read the whole of Waldo’s published poems and contributed at least £5 for the honour of doing so. Over £3,000 was raised for Cymdeithas Waldo. The event was organised by Alun Ifans. It is not known yet if there will be a Waldothon next year. 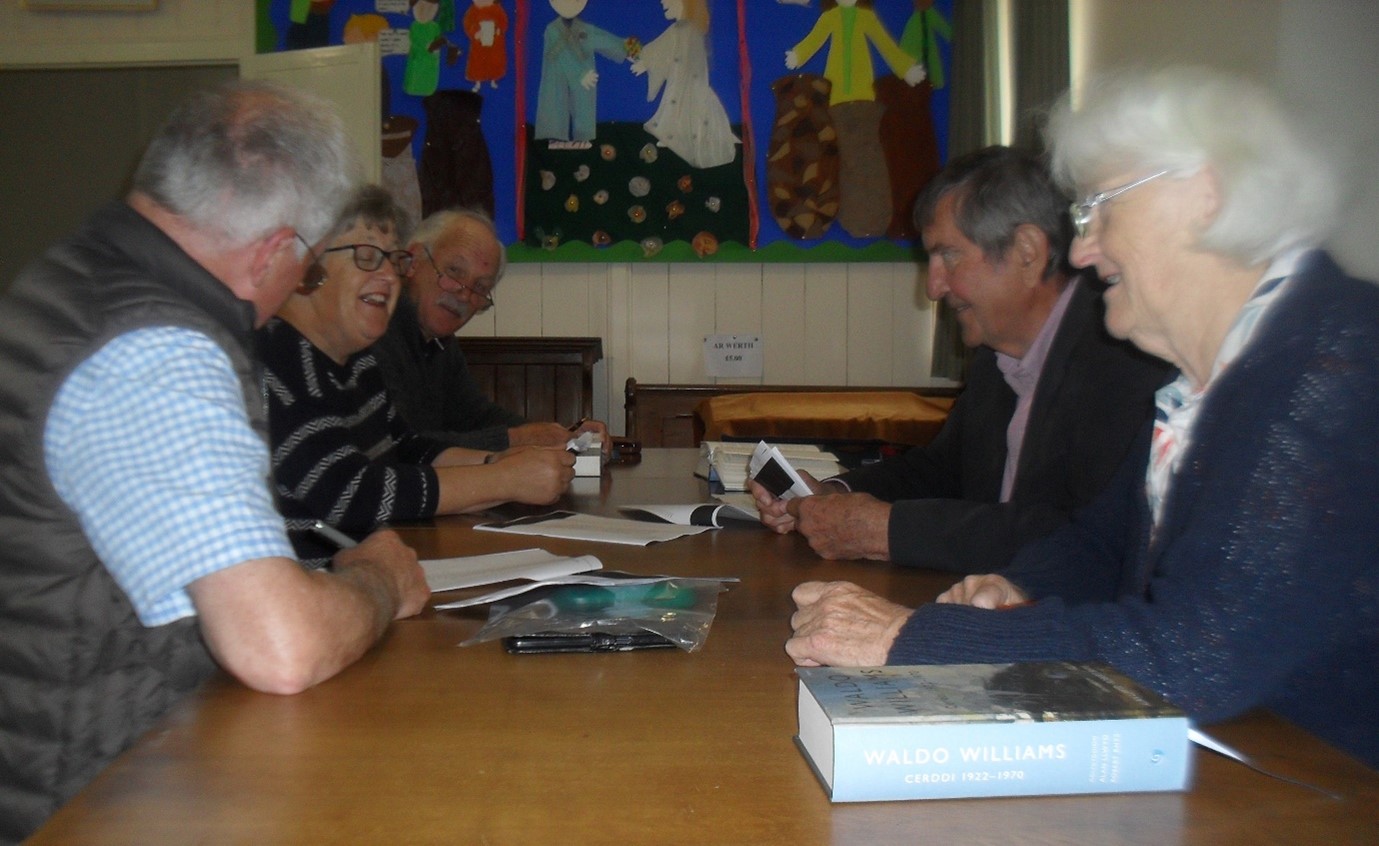 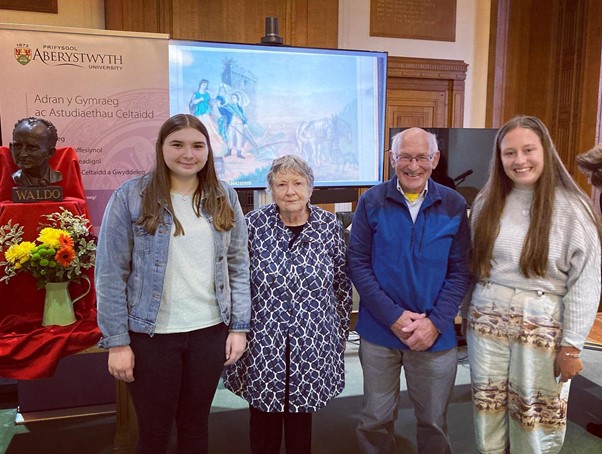 Two students from the Welsh Department who received bursaries, Catrin Ann Jones and Megan Lewis, based on work accomplished on and about Waldo. With them are Eluned Richards and Teifryn Williams, Waldo’s niece and nephew. The scholarship has been sponsored by the family.

One of Cymdeithas Waldo’s Honorary Presidents, Sister Bosco, died on April 10 – Palm Sunday. There developed a close relationship between her and Waldo when she lived in Haverfordwest. It was her who said on Waldo’s death: “Waldo’s soul ascended on Ascension Thursday”. Such was her concern for him that she nursed him during his terminal illness at Saint Thomas’ Hospital, Haverfordwest. She later returned to Ireland and made her home at the Sisters of Mercy Convent in Cahir. She was in her late 90s. Another of Waldo’s close friends, David Redpath, the Quaker, has also recently died. They would both worship at the Friends Meeting House in Milford. David was ninety years of age. A sense of reverence could be heard in David’s voice whenever he spoke of his friend.